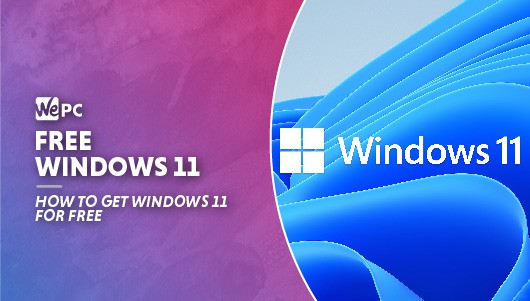 Windows 11 fanatics, take a seat. Microsoft has released some disturbing news regarding the release of Windows 11 and users could be waiting an entire year before they can get their hands on a free, upgradable copy. The company recently released information – if you can call it that – regarding the Windows 11 release date, but it’s incredibly vague – as you can see in the Tweet below.

Windows 11 is due out later in 2021 and will ship over several months. Rollout of the upgrade to Windows 10 devices already in use today will begin in 2022 through the first half of this year.

If anyone remembers the version of Windows 10, they will probably remember having to wait a while before they could upgrade their existing copy of Windows without buying a new PC or copy of Windows. Unfortunately, the same seems to be the case for Windows 11, with the latest reports suggesting you might have to wait until mid-2022 before you can upgrade.

While we’ll start to see Windows 11 rolling out to new PCs and laptops later this year, it won’t be until the end of the year – with no official date given yet. The company was incredibly vague about the release date for the new operating system, simply writing “later in 2021” in a response to a Windows user.

Will Windows 11 be free for existing users

As far as we know, and based on what Microsoft has told us, Windows 11 will be offered as a free upgrade to existing Windows 10 users, provided they have a compatible PC.

Should TPM be enabled for Windows 11 upgrade?

Again, as far as we know, you’ll need to enable TPM if you want to install Windows 11, as well as enabling Secure Boot in BIOS. However, it is not yet known whether this will remain the same “later in 2021”.

Chances are Windows won’t release a copy of Windows that requires entering BIOS to begin changing boot settings. However, only time will tell – and for now it looks like you need to enable it for installation.