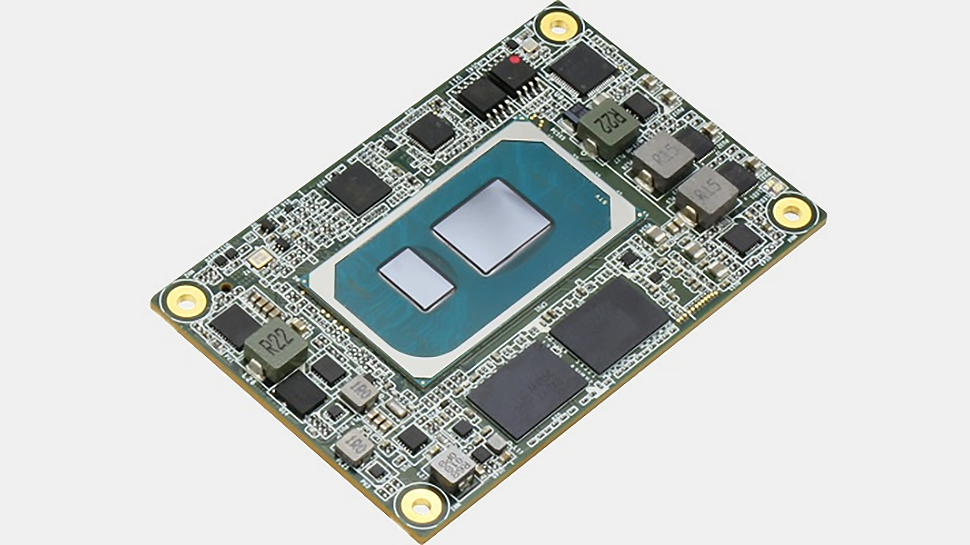 Aaeon launched one of the industry’s first credit card-sized platforms, based on the 11th generation Intel “Tiger Lake-UP3” chips. Despite its small dimensions, the new NanoCOM-TGU single board computer (SBC) offers everything Intel’s Tiger Lake can. This includes four high-performance cores and rather decent Iris Xe graphics, which is a lot of power for the target embedded computing market.

Aaeon’s NanoCOM-TGU COM Express Type 10 comes with up to Intel Core i7-1185G7E or up to Intel Celeron 6305E to handle both entry-level and premium applications.

The processor is coupled with up to 16 GB of LPDDR4x-4266 memory and up to 256 GB of soldered NVMe SSD with a PCIe x1 interface. Depending on the exact SKU, the SBC will come with a CPU cooler, heat sink, or just the board.

The NanoCOM-TGU is only 3.31 × 2.17 inches (84 × 55mm), but its expansion and connectivity service is quite decent as it understands (via an internal header, of course) one 2.5 GbE port (Intel I225-LM), two display outputs (one integrated DisplayPort, one DDI), two SATA ports, PCIe scalability, one USB 3.2 Gen 2, one USB 2.0, I2Cm LPC, SMBUS, UART and high definition audio support.

Intended for in-vehicle applications such as aerospace, industry, gaming, medicine, military and IoT, the NanoCOM-TGU is equipped with elements such as a watchdog timer and fTPM.

Aaeon’s NanoCOM-TGU single board computer shouldn’t be available in mainstream retail stores, so don’t expect it to compete with the best PC motherboards. However, the tiny SBC could theoretically be used to build ultra-compact form factor (UCFF) PCs, but that would cost quite a bit.