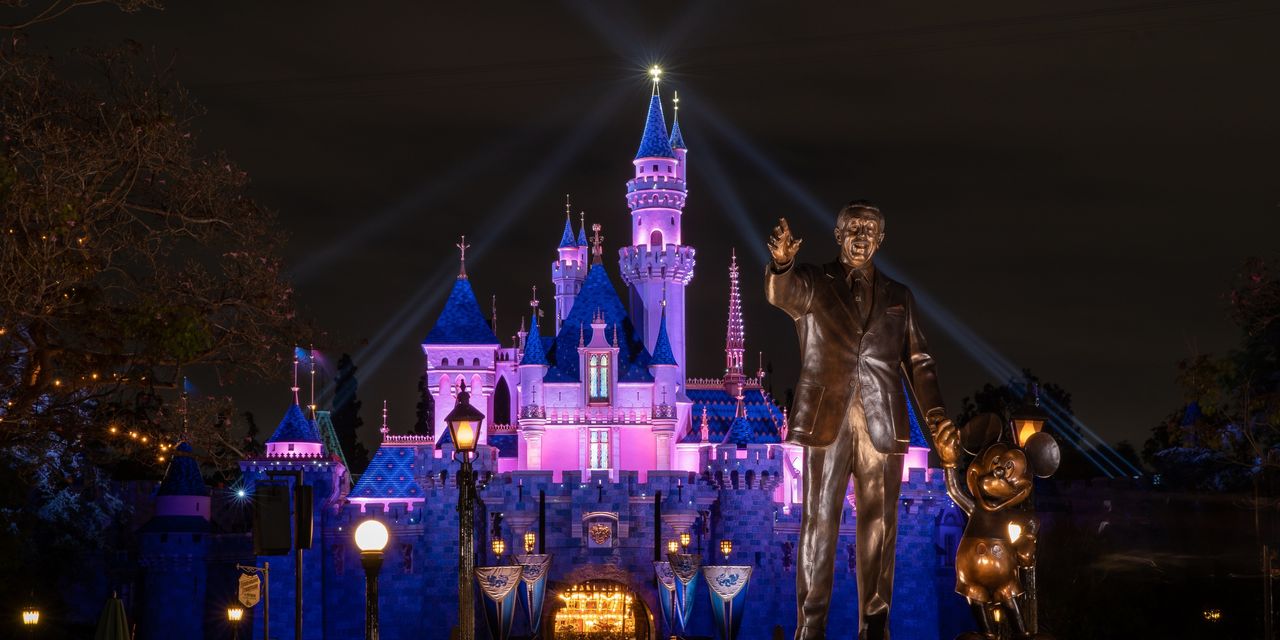 Disney Eliminates Beloved Free Perk at Its US Theme Parks

Skip the line at your favorite Disney theme park attractions is now going to cost you money.

is set to roll out a new planning service, called Disney Genie, for visitors to its theme parks in California and Florida, designed to help customers avoid spending too much time in long lines.

The Disney Genie service will premiere at Walt Disney World in Florida on October 19, the company announced in a blog post on Friday. It will be introduced at Disneyland in California “at a later date,” the company said.

As part of this change, a new paid service called Genie + will replace the free FastPass program at theme parks in Florida and California.

FastPass was first introduced in 1999, and it has apparently allowed visitors to Walt Disney World and Disneyland to skip the lines at popular attractions for free. In reality, FastPass was a virtual queue system: guests got a ticket they could use at a set time to bypass the usual queue, but they basically waited in a virtual queue.

Now, to enjoy these same benefits, visitors to Disney theme parks will have to pay up to $ 80 per day for a family of four.

â€œAs the FASTPASS, FastPass + and Disney MaxPass services will be phased out, we are incredibly excited about the flexibility and choices offered by the Disney Genie service,â€ the company said in a blog post announcing the changes.

There will be an optional, paid add-on to the standard Disney Genie service, called Genie +, which will allow visitors to Disney theme parks to skip the lines at popular attractions. At Disney World the service will cost $ 15 per day per person, while at Disneyland it will cost $ 20 per day per person.

There will be over 40 attractions available for Genie + bookings at Walt Disney World and over 15 attractions at Disneyland. The list of attractions has yet to be released, but Disney said it would be similar to what was previously available through the old FastPass system.

Popular attraction FastPass lines will be known as Lightning Lanes. To skip the line, customers will need to book an hour using the Disney Genie mobile app. They can start booking at 7 a.m. on the day of their visit to a Walt Disney World park or when the parks open at Disneyland.

The Genie + program will come with a few benefits. At Disneyland, customers who purchase Genie + will also receive free downloads of photos taken through PhotoPass, such as photos taken on rides. At Walt Disney World, Genie + buyers will be able to try augmented reality technology on their phones. The service also includes free audio experiences at resorts in California and Florida.

Skipping the line on some trips will cost people more, even if they buy Genie +

The most popular Disney theme park attractions will not be part of Genie +. To avoid queues, visitors will have to pay separately. The price will range from $ 7 to $ 15 each way when the new system debuts at Walt Disney World on October 19. â€œPrices can be lower on certain days and higher on other days throughout the year,â€ Disney notes on its website.

For example, a Lightning Lane reservation for Remy’s Ratatouille Adventure – a new ride launched as part of Walt Disney World’s 50th anniversary – will cost $ 9 per person on October 19 and $ 11 per passenger on October 23.

For those traveling to Walt Disney World, that means a family of four could spend up to $ 60 to ‘skip’ the line at a single attraction – and that’s on top of what they could. spend to purchase the Genie + service to get faster access to other attractions and rides.

Disney said the additional charge for Lightning Lane access will apply to a maximum of two attractions at each theme park. Here’s the breakdown of the attractions that will require this separate purchase to skip the lines at Walt Disney World when the new system debuts there later this month:

As with trips on Genie +, traditional queues (or virtual queues) will be available for customers who do not wish to pay for the upgrade. Guests can also purchase Lightning Lane access for these rides and forgo Genie + if they choose.

Some travel experts believe the added cost of these perks, which were mostly free in the past, could confuse some guests, including annual pass holders. The cost of Genie + is comparable to the cost of MaxPass, a paid FastPass program that has been introduced at Disneyland Resort in recent years.

â€œIf you’re already paying $ 150 a day to enter the park, telling someone you have to pay an extra $ 100 for your family to enjoy the best rides in the park, that’ll be a tough message to get across. “said Len Testa, president of the Touring Plans travel website.

The math for families might come down to the value of paying for the ability to skip lines – and that will depend on transport capacity. People with Genie + reservations will have priority over people with regular queues. If Disney chooses to reserve up to 70% of a ride’s capacity at Genie +, that could make it a better value, as it would mean longer lines. (The company said the capacity allocation will be similar to what was in place with previous FastPass programs.)

â€œThis shouldn’t be that big of a deal, because fewer people will be using paid Fast Pass than they would for free,â€ Testa said. â€œIf they charge $ 20 through FastPass, relatively few people are going to buy that. So it won’t have as much of an impact on the back-up line.

“It’s something that will be copied and broadcast”

Even for visitors who decide not to pay to skip the lines, Disney says the new Disney Genie service will help them avoid spending too much time in line.

The new service takes advantage of technology and machine learning algorithms to track where the crowds are at theme parks and then make recommendations to visitors. Visitors can pre-select which attractions they want to visit the most, and this will notify them of when to get to this ride based on park wait times. Customers will also be able to view forecast wait times for rides later in the day based on crowd size.

Disney Genie services will be integrated with existing applications for Disneyland and Walt Disney World. In addition to tracking grocery wait times, the app can also be used to make meal reservations at table service restaurants or for mobile orders at counter service restaurants. He can then give recommendations of nearby rides with reduced waiting times to visit before or after a meal.

â€œThis is going to be revolutionary for the theme park industry,â€ said Dennis Spiegel, president of industry consulting firm International Theme Park Services Inc. â€œThis is something that will be copied and passed on to all operators.â€

For Spiegel, the service will allow people to be more spontaneous when visiting a theme park and have to do less up-front planning than before. Additionally, the way algorithms will track and predict crowd sizes and wait times will give visitors more control over their experience, he argues.

â€œThis will make it easier for people to move around throughout their visit,â€ said Spiegel. “And it’s going to allow them to eat, drink and spend a little more – which is going to be great for Disney – because they don’t stand in line that long.”

Disney shares are down 2.45% this year to date, compared to a 13% gain for the Dow Jones Industrial Average DJIA,