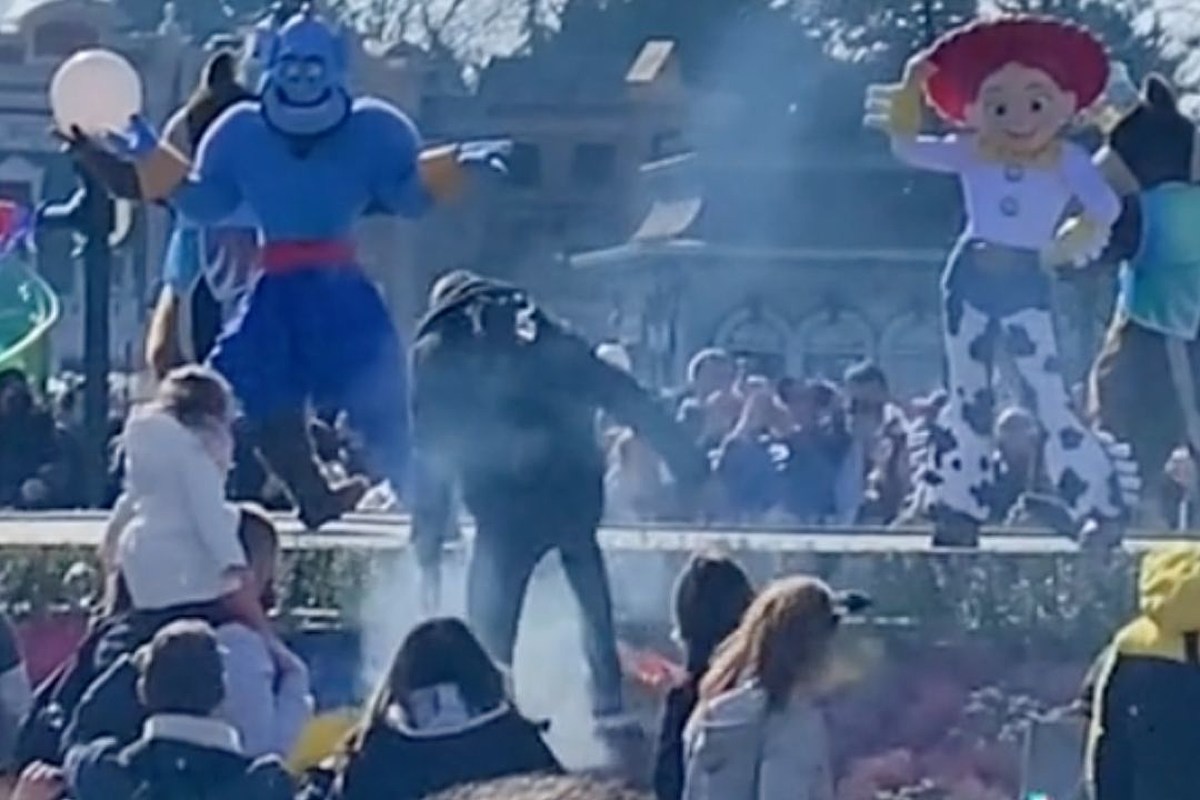 A fire broke out during one of the Disney theme park stage shows and a guest in the audience came to the rescue.

TikTok user @inpixieitrust shared a video of when an anonymous hero put out the small fire at Disneyland Paris park last weekend.

“A fire broke out while we were watching the Dream & Shine Brighter Parade @disneylandparis last Saturday…Luckily a guest responded very quickly!” the user captioned the post.

Disneyland Paris’ Dream & Shine Brighter Parade features many beloved characters on floats and stages. One of the stages features a lower level that houses various plants and flowers, just steps from the platform the characters are performing on, and the show’s pyrotechnics cause sparks to fly from this lower platform.

During the viral performance, it appears that some of the flowers and plants caught fire due to one of the fireworks.

The TikTik video shows the smoke starting to rise before the flames burst, while characters such as the Genie of Aladdin and Jessie from toy story don’t seem to be able to see flames from places on stage.

As the flames build up, a man in the crowd can be seen exiting the camera before returning to talk to two women by the fire. One of the women appears to run away for help, but the man suddenly jumps onto the platform and puts out the fire with his feet.

Cast members arrive at the venue shortly after, and the show continues as the unidentified man returns to the crowd to enjoy the rest of the performance.

Watch the moment below:

Disney stars past and present

What is a TPM? Everything you need to know about Trusted Platform Module