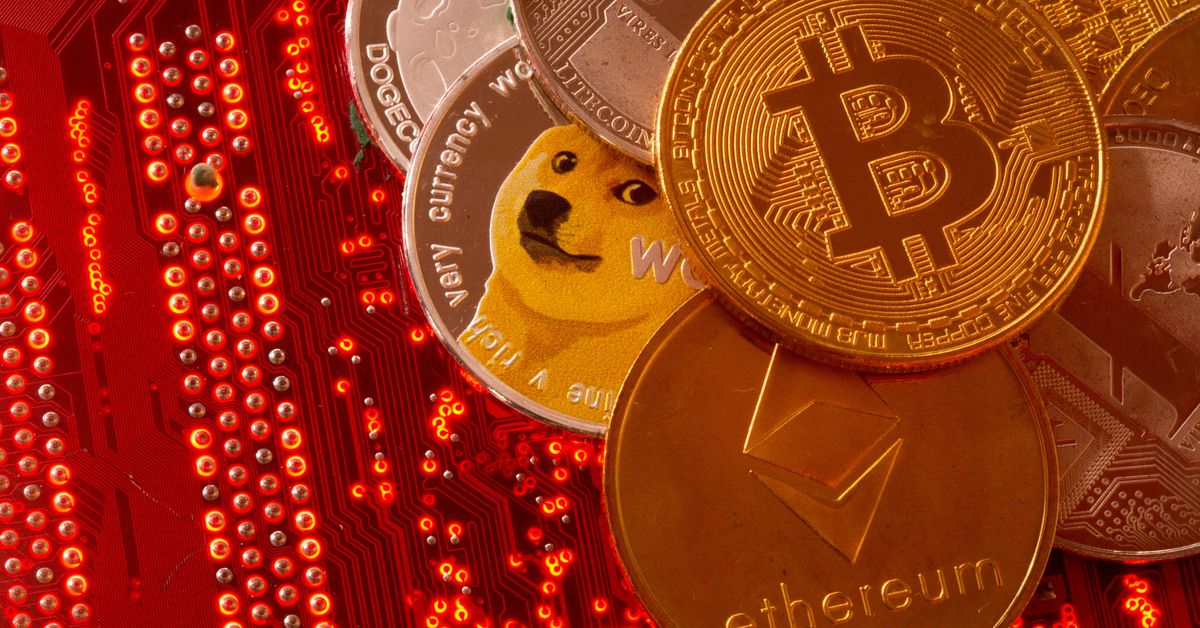 Representations of the cryptocurrencies Bitcoin, Ethereum, DogeCoin, Ripple, Litecoin are placed on the PC motherboard in this illustration taken June 29, 2021. REUTERS/Dado Ruvic/Illustration

May 10 (Reuters) – Digital asset trading platform Talos said on Tuesday it had raised $105 million in a first round of funding led by U.S. private equity firm General Atlantic, boosting the valuation of the company to $1.25 billion.

Founded by Anton Katz and Ethan Feldman, Talos launched its platform in 2018 and has an impressive lineup of existing investors such as Andreessen Horowitz, PayPal Ventures and Fidelity Investments, which extended their partnership in the last funding round.

The Talos platform has users across the digital asset ecosystem, including brokers, prime brokers, hedge funds, banks, custodians, exchanges and OTC desks, according to the company.

The New York-based company intends to use the capital raised to expand its product lines and invest in its trading platform to accelerate its expansion into European and Asia-Pacific markets.