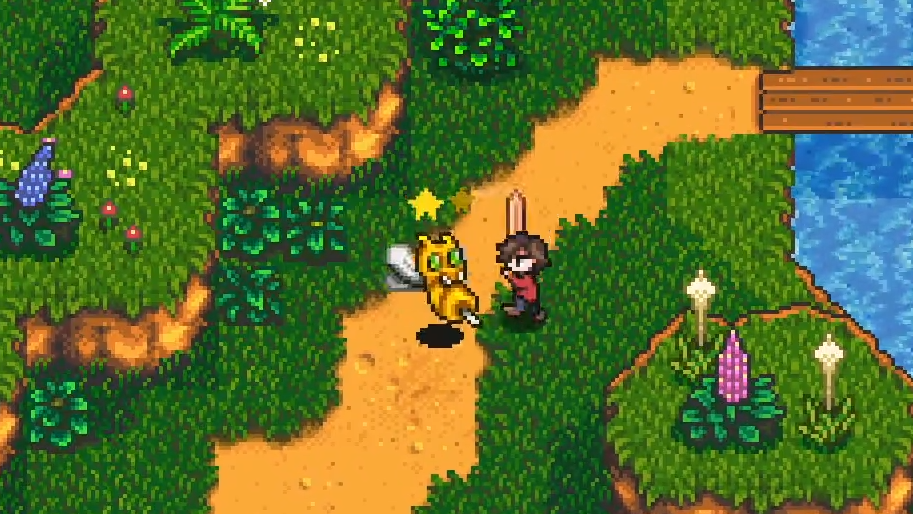 Always one to pop up to share surprise teasers after months of quiet work, Stardew Valley creator Eric Barone sat down on a livestream with Reason Studios composition software to talk about creating the Stardew soundtrack. and ended up debuting part of a track from his upcoming boutique sim. Game haunted chocolatier too.

After spending some time talking about composing the music and playing around with the effects used in Stardew’s soundtrack (which is well worth listening to in full), Barone offers to show off some of his musical work until now on Haunted Chocolatier.

The first piece he shows is for one of the Haunted Chocolatier bosses (and no, I’m pretty sure we didn’t know he had any bosses yet, so that’s another surprise detail). You can listen to the super upbeat trumpet and drum track at the timestamp here. I’m warning you now that it’s catchy as hell.

The live chat takes the floor to ask if Barone called him a “boss B”, implying a “boss A” or a “boss bee”. Barone moves the audio timeline backwards to focus on a particularly lively part of the track as a clue. If you need further clarification, the filename at the top of its screen definitely says “beeboss”. Confirmed boss bee chocolate maker, and all.

“All Haunted Chocolatier isn’t this upbeat salsa music. It’s actually quirky,” Barone says, and offers to share another track called “Pristine Snow.” This one sounds a lot more like the ambient music I recognize from Stardew Valley, a cold piano, a mournful oboe and a few sleigh bells to really get into the wintry Haunter Chocolatier vibe.

“Most of the music in the game will probably sound like this,” says Barone. “Kind of a mysterious, dark, snowy feeling. It’s supposed to feel like a mysterious night in the snow.”

Earlier in the interview, Barone spoke more generally about Haunted Chocolatier’s music, describing the game as a bit “darker” and saying he’s leaning more into the use of synthesizer sounds this time around.

As with the other parts of Chocolatier, it looks like we’ll definitely be able to see some Stardew roots there, even the salsa bee boss bops.