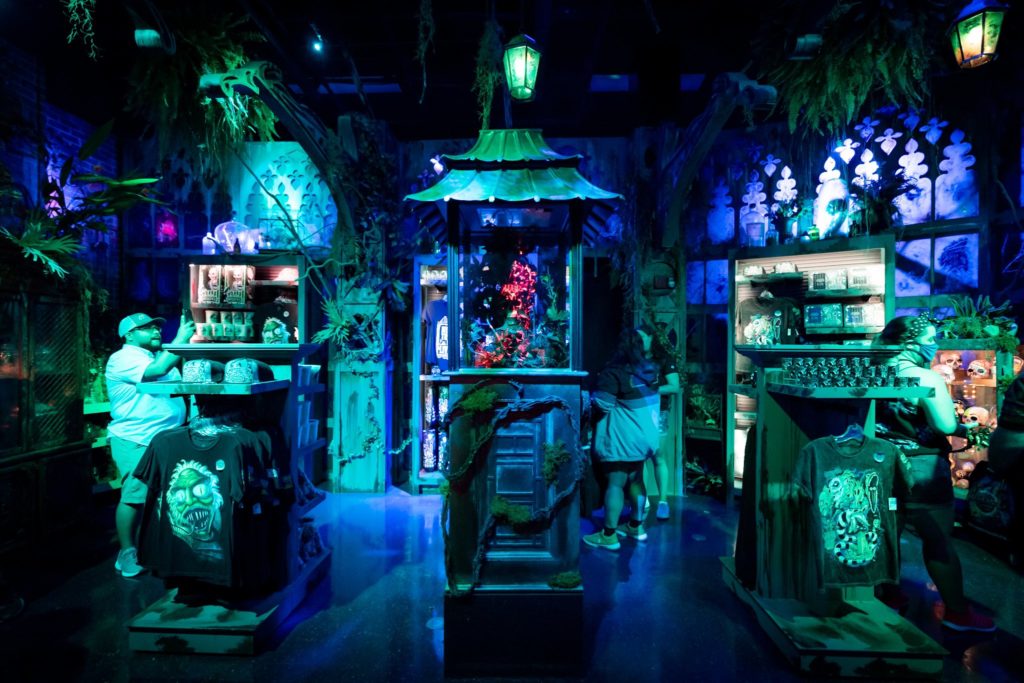 The Tribute Store opened on August 26, and it was as if Halloween Horror Nights had debuted at Universal Studios. The beautiful facade of the haunted house drew a number of guests and team members inside and beckoned them to explore. Inside, shoppers have discovered Horror Nights merchandise and a number of Easter Eggs. While technically a gift shop, The Tribute Store is much more than that, and many of us now feel like it’s an attraction in itself.

Read our full overview of the Tribute store here.

Some tips and treats released this week. We will start with the tips to get it out of the way. We can confirm that HHN will include vinyl dividers at strategic locations in all homes. Scary actors will also need to wear masks. Now, what’s on the Horror Nights menu this season? Dehydrated oranges and bourbon frosting, apparently. Universal unveiled a few dishes ahead of the event’s kick off next week, and we’re very excited about the confections (most of which can be found in the Tribute Store or the Voodoo Donut in CityWalk) and the drinks, well. sure.

Read all the details on our food and drink guide.

Speaking of food, Disney has announced that La CrÃªperie de Paris will open in the newly expanded France Pavilion on October 1 (the first day of the 50th anniversary celebrations). The menu of this table-top, quick-service restaurant is inspired by the Brittany region in France and will offer diners savory pancakes, sweet pancakes, home-made wines and hard ciders. We can’t wait to treat ourselves before queuing for Remy’s Ratatouille adventure!

4. Jungle Cruise is on cruise

This may have been buried in the slew of Halloween announcements this week, but it’s worth noting that the improvements to Jungle Cruise this summer are now complete at Disneyland California and Disney’s Magic Kingdom! Guests who jump on this attraction will now see slight changes in the story and a number of allusions (like a conquistador’s helmet and an entomological map) to the recently released film of the same name.

After delays, SeaWorld Parks and Entertainment announced the opening of a large roller coaster at its two central Florida parks early next year. Ice Breaker will open at SeaWorld Orlando in February 2022 and Iron Gwazi at Busch Gardens Tampa will open in March 2022. Don’t want to miss this? Check here for the best deals on tickets.

So much for this week’s news. See you in the parks!