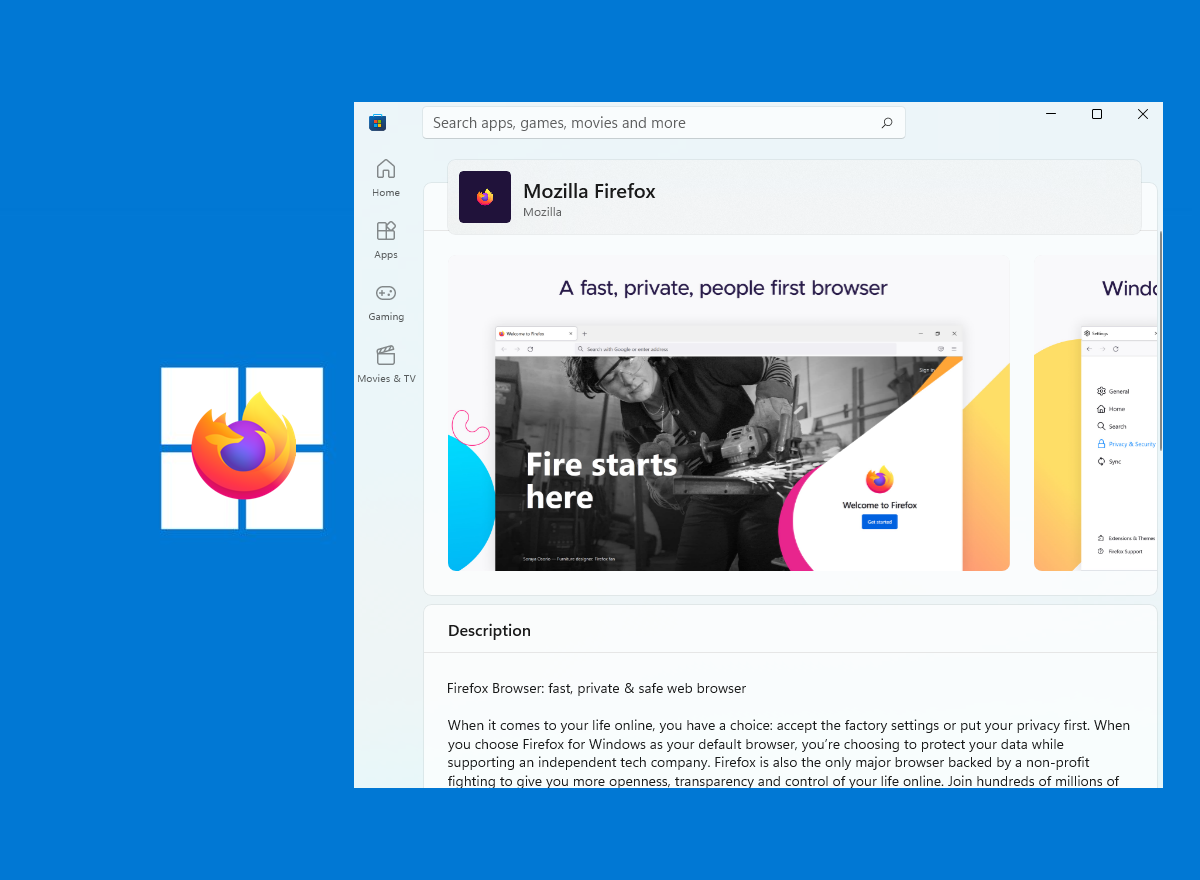 You can now download Firefox directly from the Windows Store

Firefox is now available for download from Microsoft’s revamped store for Windows 10 and Windows 11 users. This means Windows users will no longer have to download this security-focused browser from the Internet and can do so directly through the Store.

Mozilla’s Firefox is notably the only major independent browser to have its own engine, Gecko. The company also tried to sound the alarm when Microsoft decided to adopt Google’s Chromium engine in 2018. Chris Beard, then CEO of Mozilla, wrote at the time:

It might sound melodramatic, but it isn’t. The “browser engines” – Google’s Chromium and Mozilla’s Gecko Quantum – are software “inside the baseball” that actually determine a lot of what each of us can do online. They determine basic capabilities such as what content we as consumers can see, how safe we â€‹â€‹are when watching content, and how much control we have over what websites and services can do to us. Microsoft’s decision gives Google more power to decide on its own what options are available to each of us.

Until now, Microsoft had required web browsers to use the engine that the Windows maker had built into their platform, which meant Firefox couldn’t run on its own engine.

It wasn’t just bad for you, but also bad for the web, as it meant the web on Windows 11 would only have the features Microsoft was willing to provide. People deserve the choice and we are glad that there is an easier option to download Firefox on Windows.

With the new policy changes, Firefox now ships directly to Windows users with its Gecko engine. This means that the browser remains private, safe and secure, maintaining its own engine. These Microsoft Store policy changes also mean that more third-party browsers may now be available on the Official Store.